I want to earn less 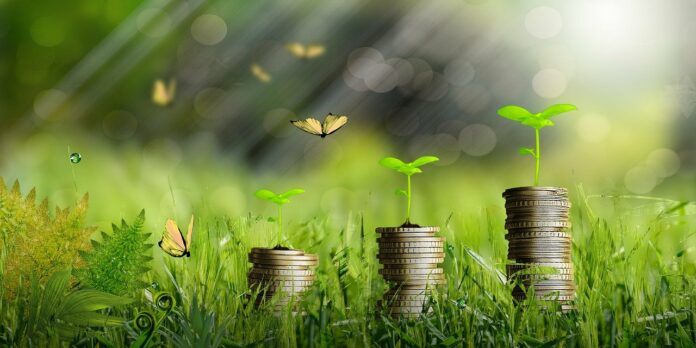 Dear “proletarian”, you and I share the same capital status, by definition, it is a middle class. We work our whole life for a stack of paper that is printed in 5 minutes, which is a de facto truth. We sacrifice and miss a lot, making money.

Meanwhile, it becomes our habit, so we do not even notice it when we don’t need it so much like before. Those greedy, there is no border for them, the purpose of their life is just that.

“It’s not all about the money,” an expression that everyone with a certain amount of doubt accepts. Excessive doses of each matter hurt you, so moderation in your possessions is also important. Therefore, there is something called the risk of money possession. Before we get into the elaboration of what I’m going to talk to you about, we’ll look quickly at Maslow’s hierarchy of needs.

He divides them into groups, so we have physiological needs, needs for security, affiliation, appreciation, and ultimately self-realization. In essence, one man orients to fill each of the five mentioned levels.

So he strives, from the need for breathing and food, through friendship and sexual intimacy to self-realization, that is, finding a goal, fulfilling the desires, and in this regard to maximize happiness. Each of the levels must be satisfied to move to the next.

However, this hierarchy cannot be applied to every man entirely because of its diversity, although each one of us finds himself in it. The key question now is, how is our money or capital helping or hindering us in this progression through the ladder?

Can you get the money to buy all the ladder levels? You can! You will take the first 4 levels without major problems because these are the deficiency needs, with them man develops and reaches adulthood, metaphorically speaking.

We come from development to growth, from needs to desires. We’re at a crossroads. We define our own goals based on creativity and experience. Those who fail to do so are then only “the more money, the better” people, seeking to find themselves in lower levels eg excessive food abundance, excessive socialization or sexual life, and competition in luxury or arrogance.

If you look at things as an economist, everything you possess is in fact not yours. It belongs to your biggest financial enemy – the bank or the state. If for the money you have, you pay an inflation rate of 3% per annum, then you pay a so-called “hidden interest”, plus an additional bank account maintenance fee (the negative interest) and the currency devaluation risk.

You must have a bank account, that’s clear. You don’t have that money because they take a part of it without your consent. The same thing works for a loan, just much faster they take the money. The real estate that you can buy for this money would also not be yours, because you would be paying tax, insurance and other liabilities on it. If you’re lucky, the growth in real estate value will be bigger than everything you have to pay. Don’t forget about inflation, because if real estate price increases by 2% per annum, and inflation is 3%, you are surely at a loss.

The only thing you can provide a positive score is renting, but again it creates additional effort and costs. In this respect, you have examples of enormous real estate growth but also real estate that can’t be sold for $1. Do I have to explain why it can’t?

Big doubt. We witness a very rapid growth of millionaires and billionaires. I’m not talking about the deception, but more and more money in circulation. Do these people really enjoy their material wealth? I would agree somewhat because it has been long known that a man enjoys his creations.

On the other hand, I consider a great paradox a similar case, a person who did not create it but got it. He has beneath his dignity been adjudicated, the injustice done and damage caused to him. Unknowingly he has to meet the expectations of the giver, even greater material wealth, otherwise, he is declared dumb and shameful.

For example, would you be more proud of climbing and summiting Mount Everest or coming to the top by helicopter? The answer is clear. These are 2 forms of the spiritual fulfilment of our wishes with a very different intensities. Material fulfilment works in the same way. Only a cynic can enjoy inheritance and not create further. Cynic. That’s the real word. A man who is indifferent to good and evil. Spiritually empty. His material possessions destroyed him. All this reminds me of the form of slavery.

You have to recognize this phase of knowing yourself and your goals, otherwise, you will only be directed towards money. I don’t dispute that money is needed, but do you know that there is a time when each of us begins to be more unhappy with each additional banknote? Let’s say, starting at a value of 1 million. Our scale of happiness will be in a regressive state since. Why?

You’ve heard of King Midas and his greed for gold. Even children in elementary school are taught what we don’t know much about. Too much money makes problems, creates restlessness and tension, and you become anxious, fearful and unsettled. We don’t give up on it easily, because we have been working hard to earn/inherit it. Made money to bother us. The more we have and spend, the more we suffer.

When we look at all of this, we work for money that is not ours, or it is only currently ours, and yet we have too much. Break this meanly designed stereotype and concentrate on honouring yourself in a couple of decades of something which isn’t materialistically expressed, money should be just a means for you to come by.

This letter should be a warning to you. I wanted to let you know that you should be already setting your ultimate goal in life, the goal that is at the last level of the pyramid, the goal above you. The goal, not desire. It can be an accumulative goal, with the character of collecting, but the goal that certainly takes much more effort than money. 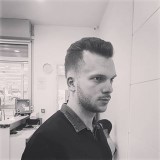